it's been a long hiatus. as one's creative life demands. the shop has been closed more or less for two months to the general public. it has become a full time creative studio for the ruby yacht roster and we're in here every day making. i've taken up pedal building and hope to have more to report on that front in a few months time.

while i work on sourcing a long-term shopkeep, it seemed important to include this hallowed space in our next foray.

this autumn i am taking my jubilee concept on tour. i'll be rocking with a band comprised of

these shows begin in october at the following: 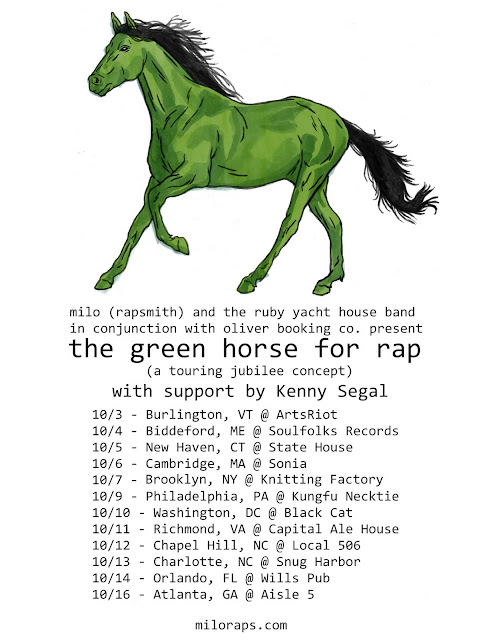 after that we'll take a couple of weeks to regroup before hitting the road again. more on those dates at a later point.

but yes, the oct4 show will be extremely special as it is in the temple of the Green.
highly limited space (70) and every guest will need a ticket. these can be purchased at store.soulfolks.org
tickets for all upcoming milo shows can be found at miloraps.com as well as oliverbooking.com

looking forward to seeing u

at August 10, 2018
Email ThisBlogThis!Share to TwitterShare to FacebookShare to Pinterest